Argentina are closing in on the world record for the most games without defeat on the international football stage after their 3-0 win over the Reggae Boys of Jamaica at the Red Bull Arena in New Jersey this week. The two-time world champions are just two games away from equalling the current unbeaten record held by reigning European champions Italy. 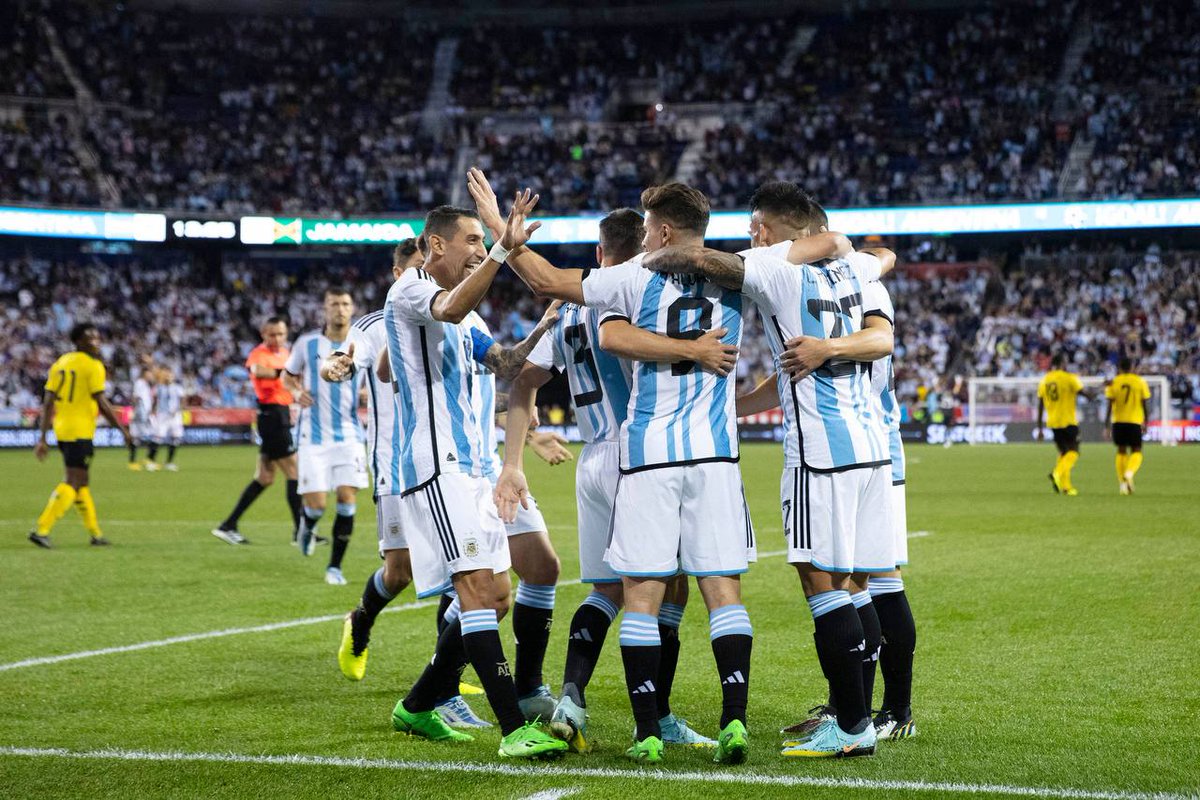 Argentina came into the game against Jamaica on the back of a 34-game unbeaten run. The two-time World Cup winners then made it a 35-game unbeaten run with the convincing win over the Reggae Boys. Scaloni went with the forward trio of Angel Di Maria, Julian Alvarez and Lautaro Martinez as he rested skipper Lionel Messi for the game. Alvarezbroke the deadlock on 13 minutes off the assist from Martinez for his second goal in 11 international games.

Messi came on for Martinez on 56 minutes and he helped his team seal the big win overJamaica. The seven-time Ballond’or recipient added a second goal for Argentina with four minutes left on the clock before he added his brace three minutes later. With his two goals against the Jamaicans, Messi has scored nine goals in his last 214 minutes for his country. He scored all the goals during the 5-0 win over Estonia before adding two more goals during the 3-0 victory over Honduras. Messi played the entire duration during the Estonia and Honduras games before featuring for just 34 minutes against Jamaica. The Paris Saint Germain (PSG) is expected to spearhead the quest of Argentina at the World Cup 2022 tournament. The Argentines would be looking for their first World Cup title in 36 years at the World Cup 2022 tournament.