The Federations of Spain and Portugal have officially confirmed that they will promote a joint candidacy to organize the 2030 World Cup, which will follow the already assigned editions of Qatar 2022 and the United States, Mexico and Canada, in 2026. 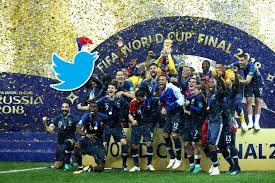 The two Iberian federations have informed the governments of both countries and they have full support.

Spain and Portugal already presented themselves as venues for the 2018 World Cup, which finally won Russia’s candidacy.

The Iberian offer was eliminated in Zurich on December 2, 2010, on a day that was then investigated by the FBI as a separate for financial misconduct and the alleged purchase and sale of votes that occurred in the allocation of the headquarters of the World Cup.

The 2018 and 2022 editions, awarded that day, were the last ones chosen with the votes of the members of the FIFA Executive Committee – then composed of 23 people.Now it is bestowed on all the 209 presidents of the federations of the world.

With their joint plan, Spain and Portugal will compete to host the 2030 World Cup, in which they will celebrate the centenary of the tournament.

They will have as great rivals Argentina and Uruguay, who disputed the first final and have long since announced their intention to attend to host the World Cup.Meanwhile Qatar will offer two training grounds to each team in the 2022 World Cup

The preparations of the training camps for the teams that will participate in the 2022 World Cup in Qatar are underway. The natural grass playgrounds will be available to the participants and will be a legacy for the country. Apart from those that are underway, many others will be improved.

New fields are being built in Qatar, while others that already meet the requirements are conditioned. Among the stadiums that are improved are the first and second division clubs.